For the |xam the landscape was not just a visible field in which the activities of the day and night took place. People’s relations with the land were invested with history, inherited stories, experiences, and a sense of the geography of ideas that were invisible yet known and understood. In viewing the visible field about them, the |xam would surely have also seen in their mind’s eye the invisible world that was just as much part of their reality. Their experiences, their ideas about death and the agency of ‘sorcerers’, engaged both a subterranean world and a world that existed above the earth. Portals – which might have included engravings and paintings – also included various kinds of cracks and cavities which were points of access to the subterranean world.

The landscape of the Karoo and the Northern Cape– the land of the |xam – is rich with holes in the ground. Below the surface of the earth burrowing animals navigate their way through the roots of grasses and shrubs, small trees and creepers. Holes are made and inhabited by scorpions and spiders, mice and shrews, suricats and mongooses. One of the most energetic of burrowers is the anteater whose holes, in places, transform the landscape. Anteaters are such active diggers and their holes so numerous that abandoned burrows are quickly occupied by bat-eared foxes, hyænas, hares, civets, bats, jackals, owls and porcupines.

“The porcupine’s house is stone,” said Dia!kwain, “the inside of the house is earth. The hole is earth; because the anteater is the one who has fashioned it. It (the anteater) also scratches it out along yonder, it makes the throat of the hole meet another’s holes throat, it breaks things” 1 Porcupine’s hole on Digital Bleek & Lloyd .

Anteaters (or aardvarks) were animals who lived between two worlds, the world below the ground and the world above. In lxam thought, the anteater also exerted influence at the time when the order of things was established. The Anteater’s Laws, which is also the title of a central story in lxam lore, were laws that determined the proper food for different animals and their appropriate behaviours. They signalled the end to the early time and the beginning of the later order of the world. 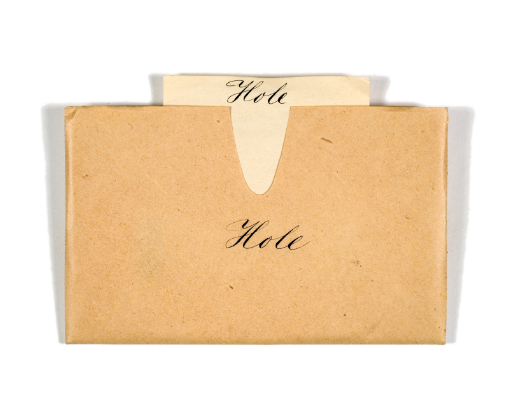 A rich language exists to describe holes. The lxam dictionary created by Bleek and Lloyd demonstrates this with English translations for, amongst others, a hole, a little hole, a big hole, a great hole, the hole made by a digging stick, the ground of the hole, the hole’s house, the hole’s inside, the making of a hole, the hole above the nape of the neck and the hole at the lower back of the head, holes between the toes, a great hole’s house, the den’s big hole’s inside. The hole has a neck and a throat, it has an inside. A hole has, at times, unfathomable depth. lkabbo told of the great hole to which all went after death and burial and lived there, no matter who or what the cause of death2The Great Hole on Digital Bleek & Lloyd . For nineteenth-century !kun, holes were the day-time residence of stars3 Stars on Digital Bleek & Lloyd . Holes found in rock that fill with water are called the !hun. There are names for waterholes that are made in sand or surrounded by bushes. Waterholes are places where girls taken away by the Rain have become like beautiful water­flowers; these will not allow themselves to be plucked and disappear when approached. They become the water’s wives. Stars fall into waterholes, and they are also the home of the spirits of the dead 4 Stars and Death on Digital Bleek & Lloyd . 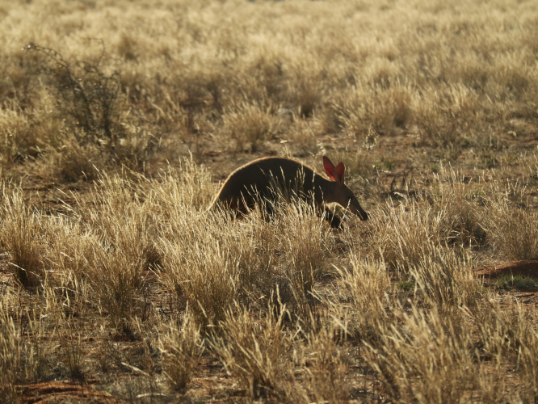 I make my house of a hole: for I am an anteater.

Jantje Toorn [||kabbo] tells of death, the hole, and the path of the first Bushmen

Lucy Lloyd wrote: “J T tells me that dead Bushmen, dead Khorans, gemsboks, ostriches, etc. all loep ein [walk one] path (the things that the Bushmen have shot, as also the Bushmen that other men have shot) people that die from illness too; they all go to one great hole [just like a house]  a hole as large as between Table Mountain Breakwater – Kalk Bay and the opposite mountains at Mowbray. And Boers too – his mother’s mother told this to his mother and he heard it told, he says. This path is a Bushman’s path, the First Bushman’s path, the Korannas, Boers etc, also go in it. When they are dead and buried in the ground they walk out along this path; they reach the great hole, and they live there. and loep rond [walk around] in it.” It seems that the dead walk around in the hole and old men with white hair become as if young again.

Jantje Toorn [||kabbo] tells of death, the hole, and the path of the first Bushmen – in the Digital Bleek & Lloyd

The Anteater’s story, or, The Anteater, Springbok, Lynx and Partridge

This story is part of the Anteater’s Laws that account for the habits of animals, in which various animals marry their own kind, eat certain things and behave in certain ways, because the Anteater tells them to. In the search box, look for Anteater, and you will find the various versions of the “Anteater’s Laws”. These laws signaled the end of the Early Times when animals were people, and the beginning of the time in which each animal remained with its own kind.

The Anteater’s story – in the Digital Bleek & Lloyd 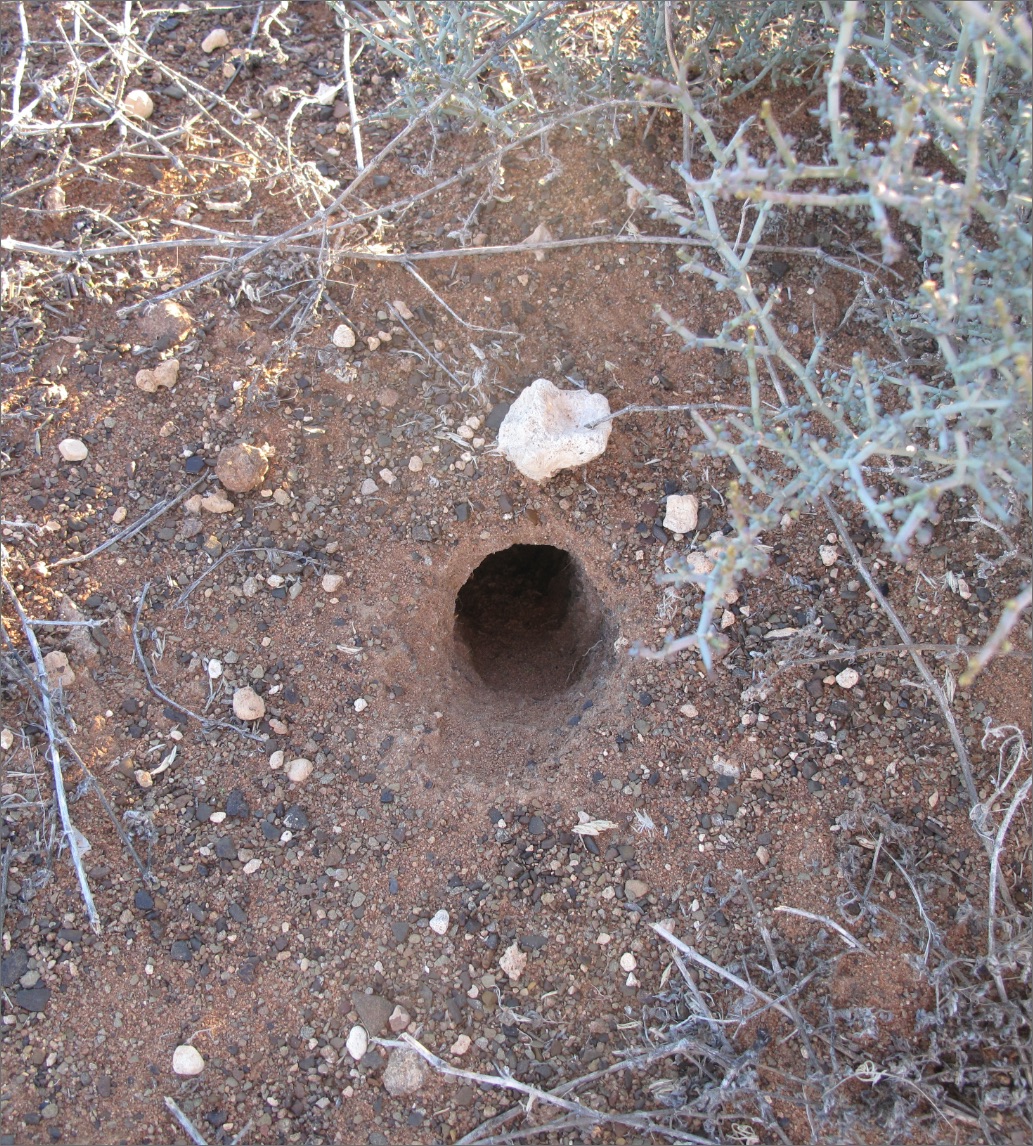 A Rain story (the Rain who lived in a waterhole)

This is a story, told to Lucy Lloyd, of how the rainmakers (!giten, translated as rain sorcerers) lie in wait for a waterbull at a waterhole. An old rainmaker attempts to lead a waterbull (by means of a noose or thong round its neck), but fails when the thong breaks. His abilities are called into question by the people back home. The story was told by Dia!kwãin who had it from his mother, and is one of several that tell of rainmaking by dragging a water-animal over the land. These stories also reveal the power of waterholes and the things that must be done to placate those beings that live in them.

The Wind (who lived in a hole in the mountain)

|han≠kasso told Lucy Lloyd the story of the wind that he had heard from his mother.

“The young wind blows because the young wind feels that his parents appear formerly to have blown; for they are wind. Therefore they blow. For the people did not tell/talk to one about the wind’s parents, for they merely talked to one about the young wind. The wind (the wind’s son is meant here) was formerly a person.  He became a bird and he flies; while he does not walk as he used to for he flies, and, he lives in the mountains. Therefore, he flies. He was formerly a man. Therefore, he formerly rolled (a ball) he shot while he felt that he was a person. He became a bird; hence he flies, and he inhabits a mountain’s hole. And he comes out of it, he flies about, and he returns to it.  And, he comes to sleep in it; and he early awakes and goes out of it;  he flies away, again, he flies away.  And, he again, he returns, while he feels that, he seeks food. And he eats, about, about, about, about, he again, he returns. And, he again, he comes to sleep in it.”

The Wind – in the digital Bleek & Lloyd 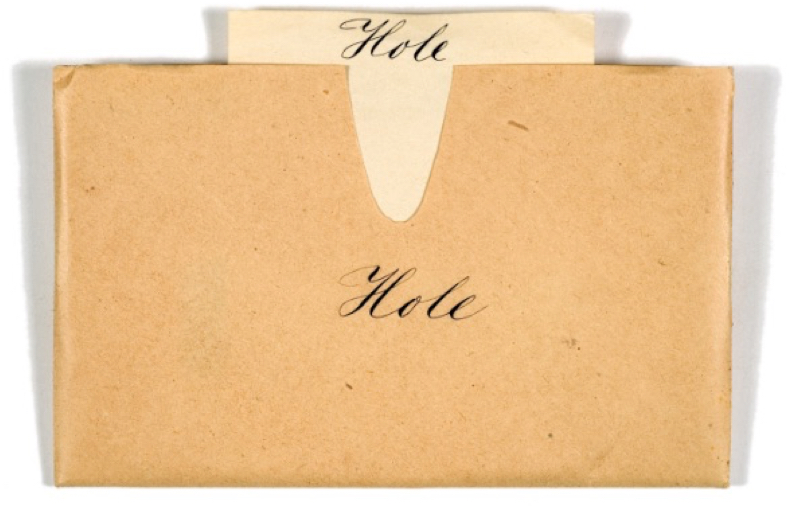 The manila envelope into which the entry for holes are inserted