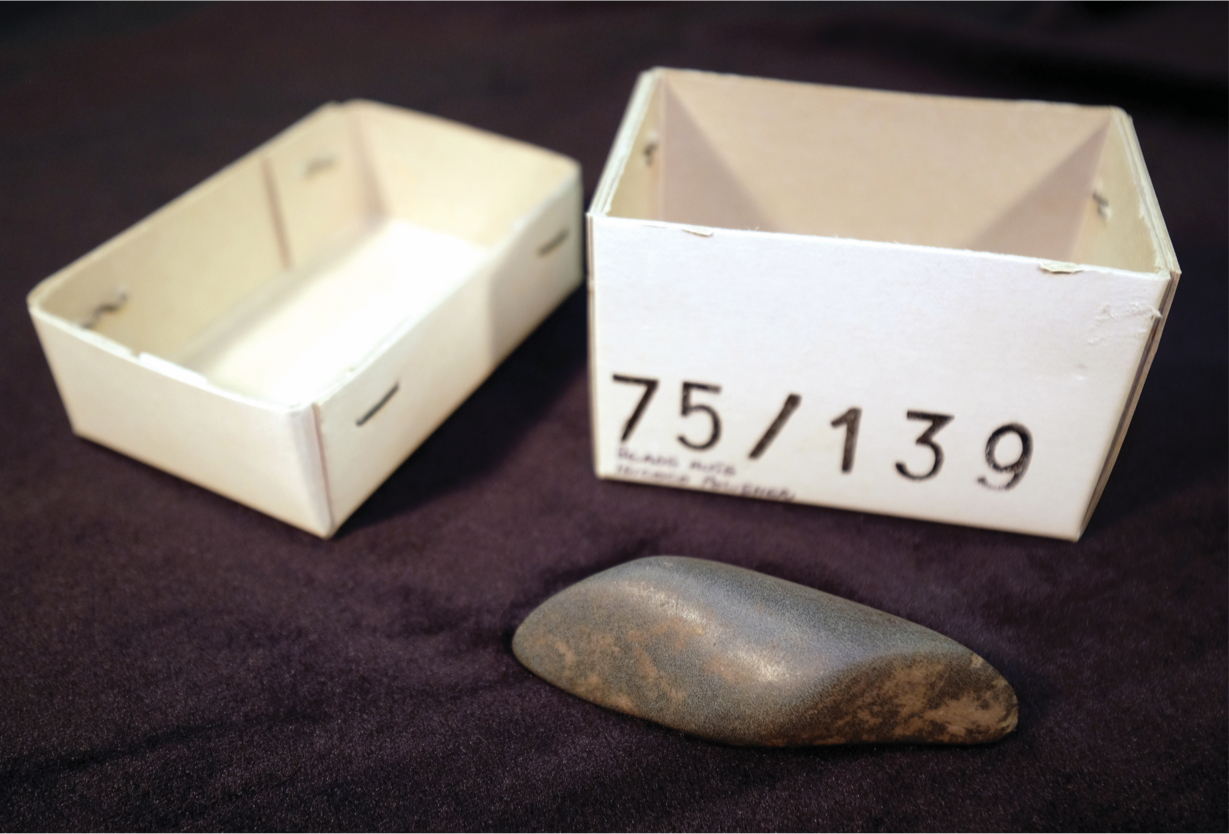 In a box in the archaeology storeroom at the KwaZulu-Natal Museum is a small blue stone.

It is smooth to the touch and agreeable to hold. Because of its dark colour and shiny surface it is difficult to photograph.

The label on the box says ‘isicoco polisher’.  To understand how it got this label, we had to go back to 1973. 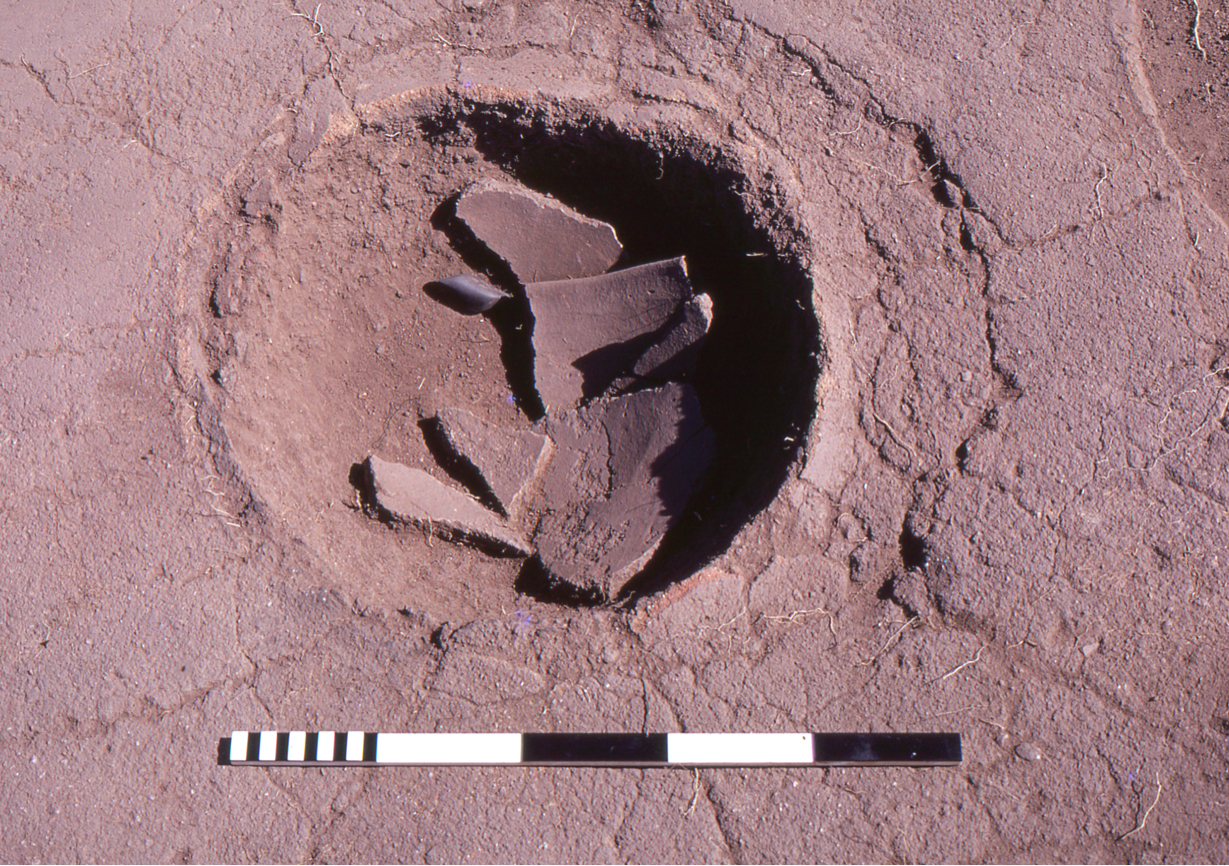 Tim Maggs was an archaeologist at the Natal Museum. In 1973 he made a brief visit to uMgungundlovu, which at the time was being transformed into a site museum by the National Monuments Council. The site is still open to the public today.

A team of workmen was busy clearing hut floors for display purposes. One of the floors in the royal isigodlo area incorporated several dimples that had once supported pots. The hut had possibly been used to brew and store beer.

The blue-grey stone lay in one of the dimples, along with several potsherds. Maggs collected the sherds and the stone and brought them to the Museum. Maggs’s visit prompted archaeological investigation of uMgungundlovu, which began in 1974. 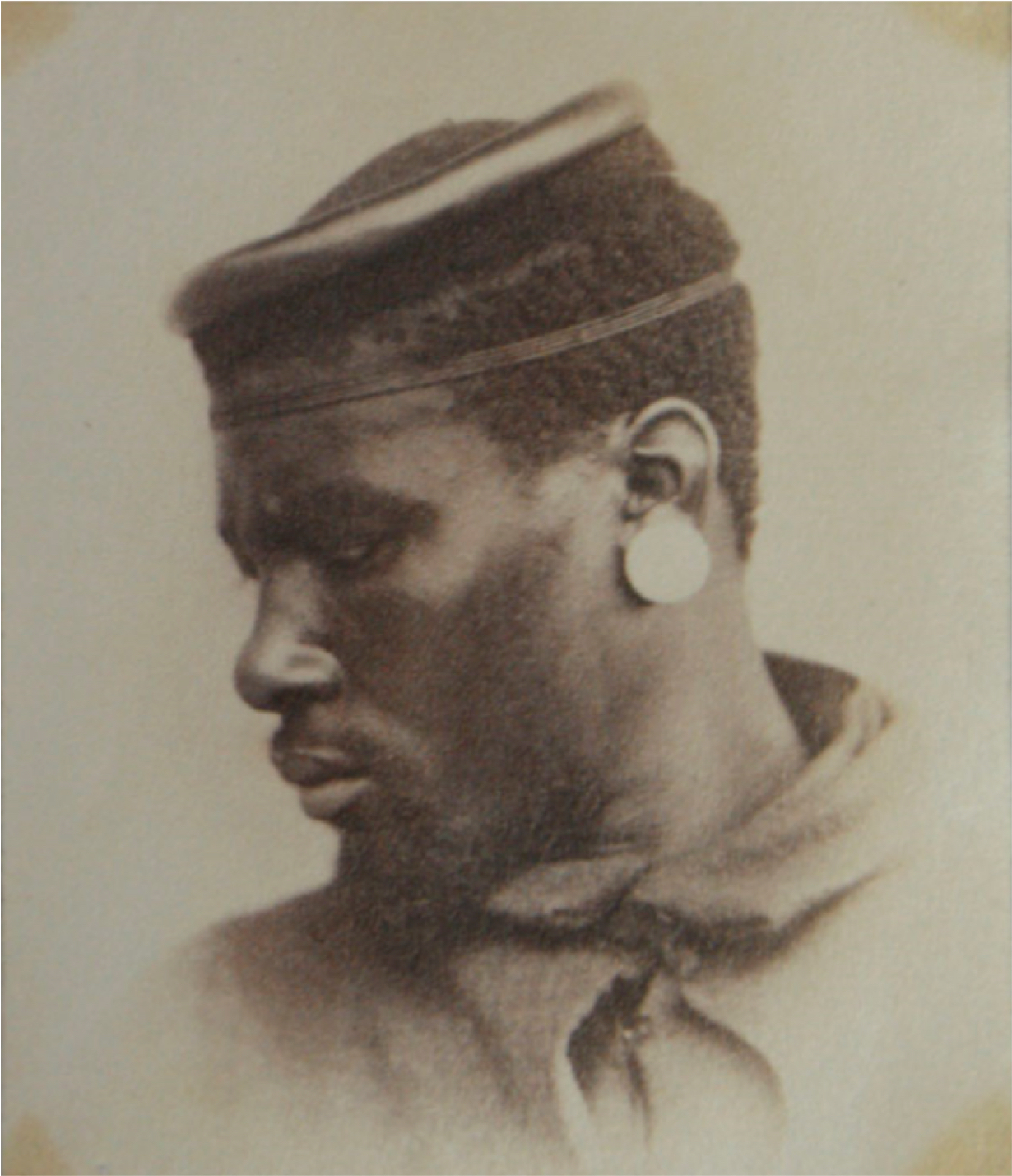 One of the workmen, an isiZulu-speaker, told Maggs that the stone was an isicoco polisher. Izicoco are the head-rings that mature men once wore. The man explained to Maggs that the wax used to burnish izicoco came from a kind of insect that lived on Acacia trees.

Izicoco were made from grass, wax and other materials. Special craftsmen stitched them into men’s hair, where they served as symbols of style, status and personhood.

Socwatsha kaPapu, whose discussions with amateur historian James Stuart were recorded by the latter, was able to recount (see pages 167-168) in detail how izococo were made and adorned. Socwatsha’s testimony was also used by Stuart for his 1924 Zulu-language reader, uBaxoxele (see pages 104-107).

Back in the museum 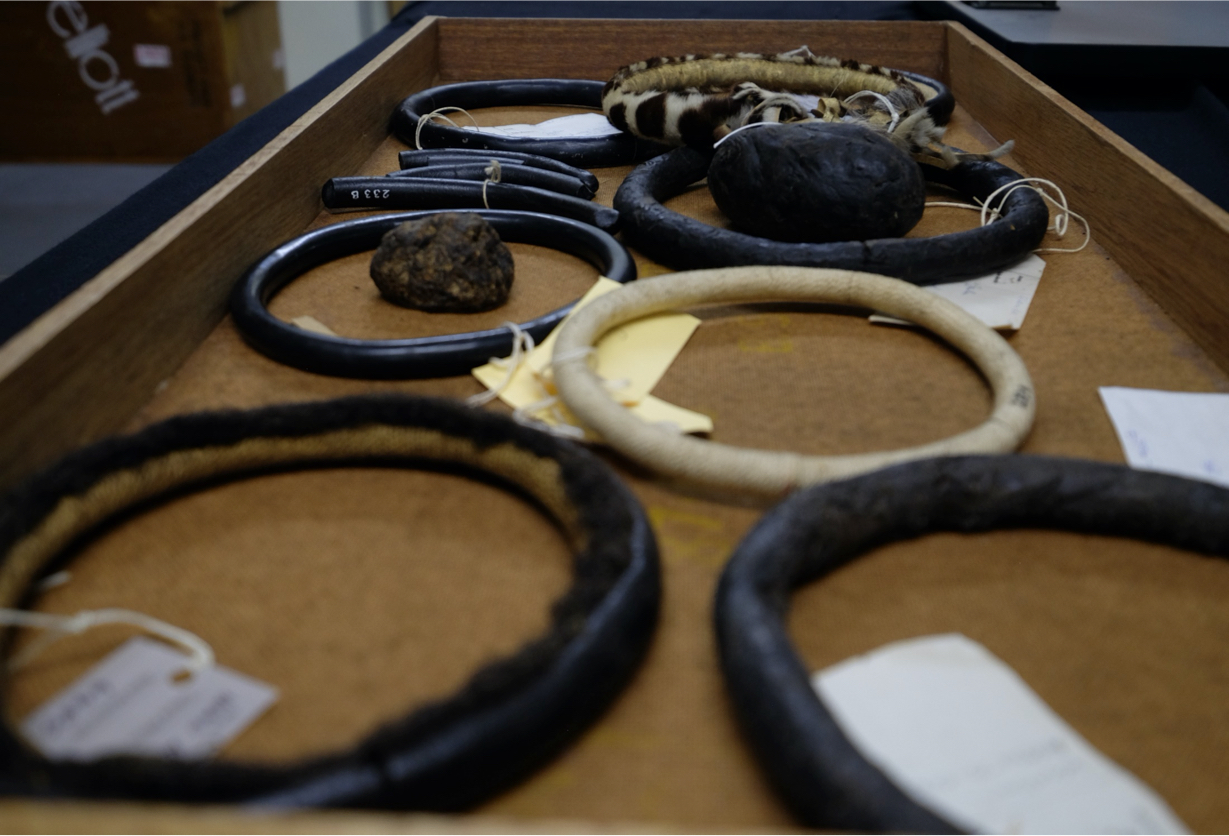 There are several izicoco in the anthropology collections of the KwaZulu-Natal Museum. They are among the Museum’s earliest accessions and include examples at various stages of manufacture. 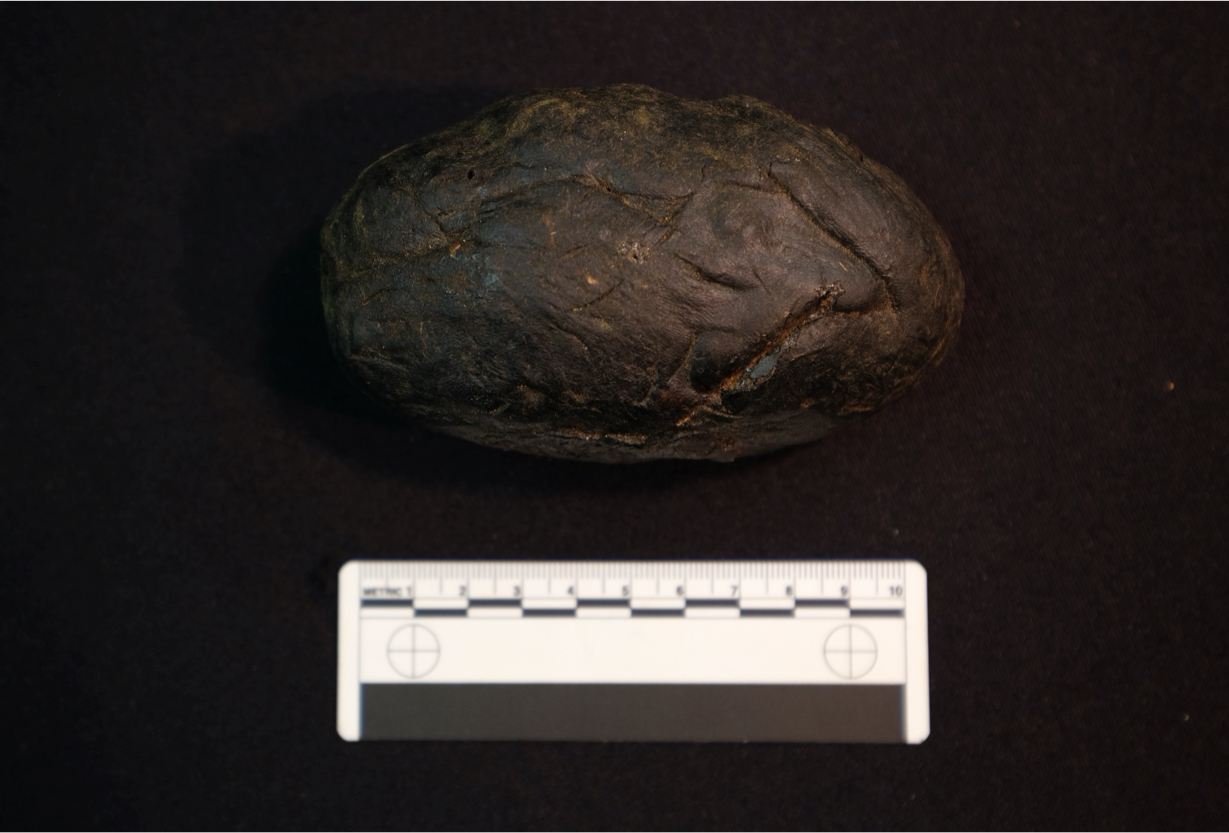 A lump of wax said to have been collected from an insect of the Ceroplastes genus (common name is wax scale, or scale insect). KZNM object no. 677B. Photograph: Justine Wintjes (2019).

The KZNM collection includes some of the raw materials for making izicoco. Accession 677 is a “Mass of scale insects (Ceroplastes sp.)”, a kind of wax (ungiyane) “used for making the head-ring”.

Izicoco were significant personal objects, but also powerful political markers. In the colonial context, the wearing of izicoco indicated adherence to African social and ethical norms. The cutting-off of izicoco was associated with defeat and Christianization.

These connections between archival objects have led us to several new questions: